A Gyr Abanian Seeker of the Sun blessed with an abrasive personality, a complete lack of self preservation, and not a whit of common sense. R'das has carved out a small niche for herself in the world of engineering.

As a mechanic of repute with a full company of engineers under her wing, R'das has ever been determined to make waves in the fields of machinistry and aetherochemistry. 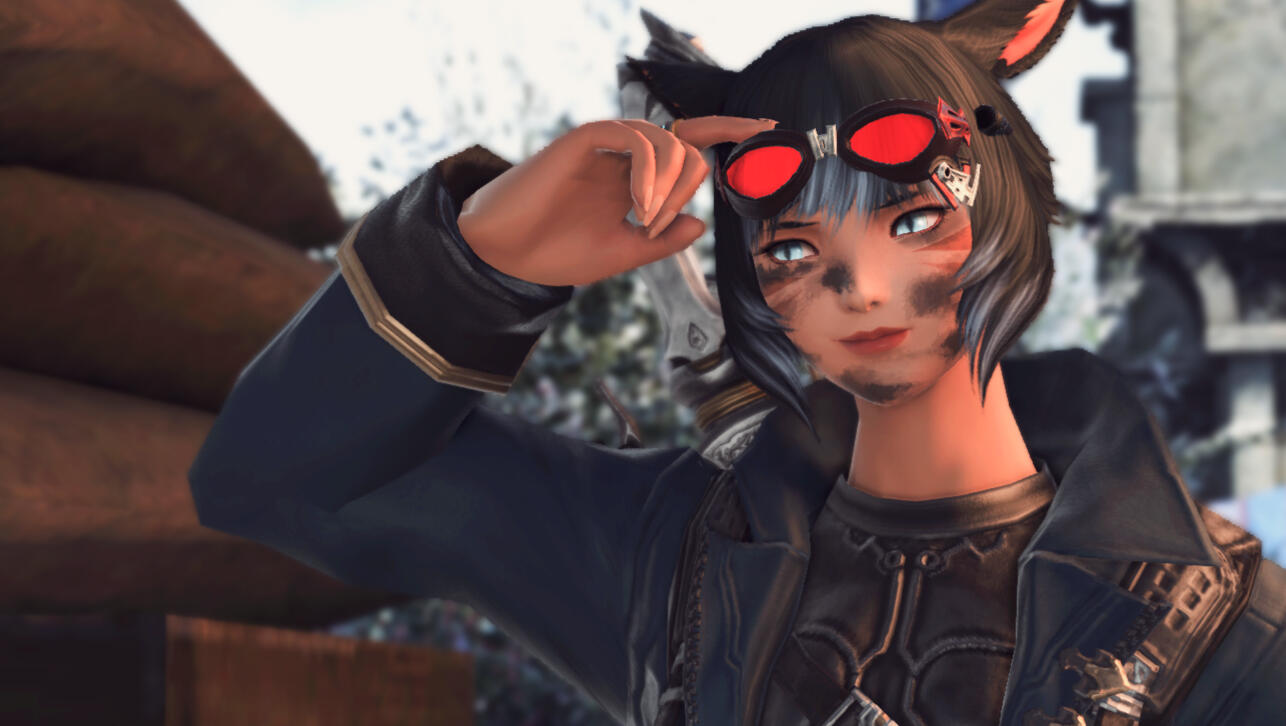 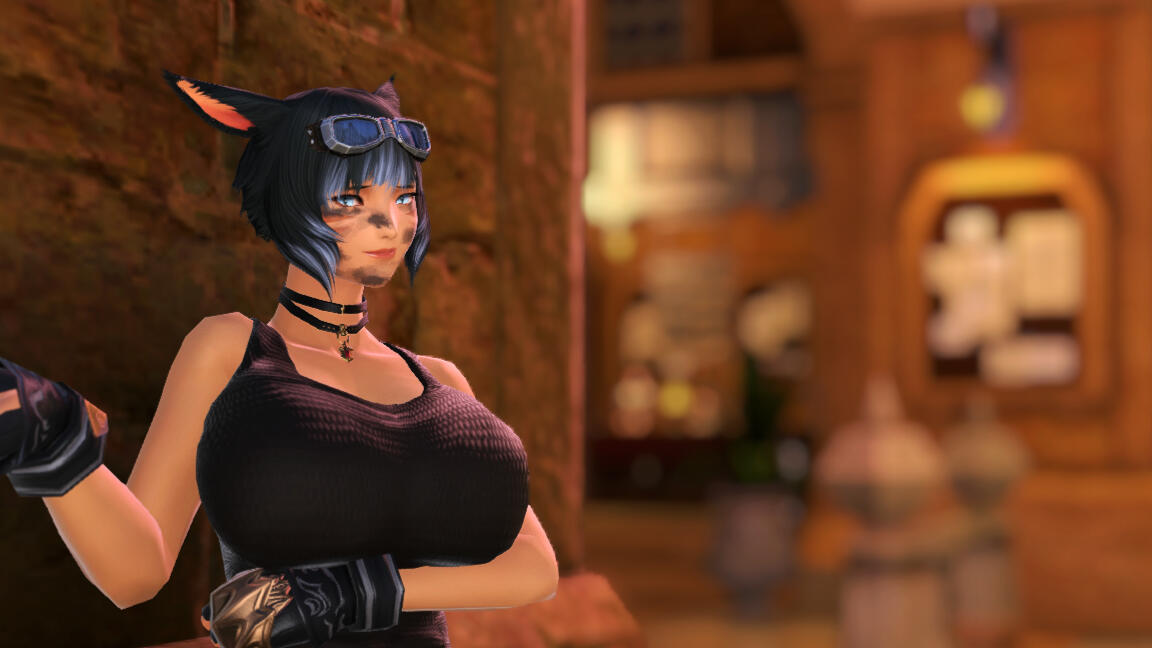 Tall for a Miqo'te, R'das often stands out amongst her kin. A metalworker and adventurer's lifestyle keeps her decently fit.

A good chunk of her weight seems to be focused on her chest; which is of massive proportion to the rest of her frame.

Her skin is bronzed from years under the harsh sun of both her Gyr Abanian home and now her Thanalan residence. Typically she is covered in some manner of soot, grease or other grime from working with all manner of machines. Any attempts made to clean her up somehow just make things worse.

R'das has maintained an interest in tradeskills for most of her life. From a young age she apprenticed under smithies in Gyr Abania.

Later, she found her calling as a magitek engineer, first working on airships before broadening her field.

Her manner of magitek is a very haphazard one. Her entire creative process when designing devices, prototyping them, and testing them is a storm of chaos, unnecessary corner cutting, and high risk. That said, the devices that do come out the other end as completed projects are something to behold.

In terms of physical acumen, her combat skills lie with firearms and gunblades, unsurprisingly, being handily proficient with both.
Perhaps more surprisingly is that she possesses a not insubstantial grasp on pugilism, bordering - but just shy of - the techniques of a Monk.
Curiously, she seems to have no ability to channel Chakra, but her strikes are still devastating. 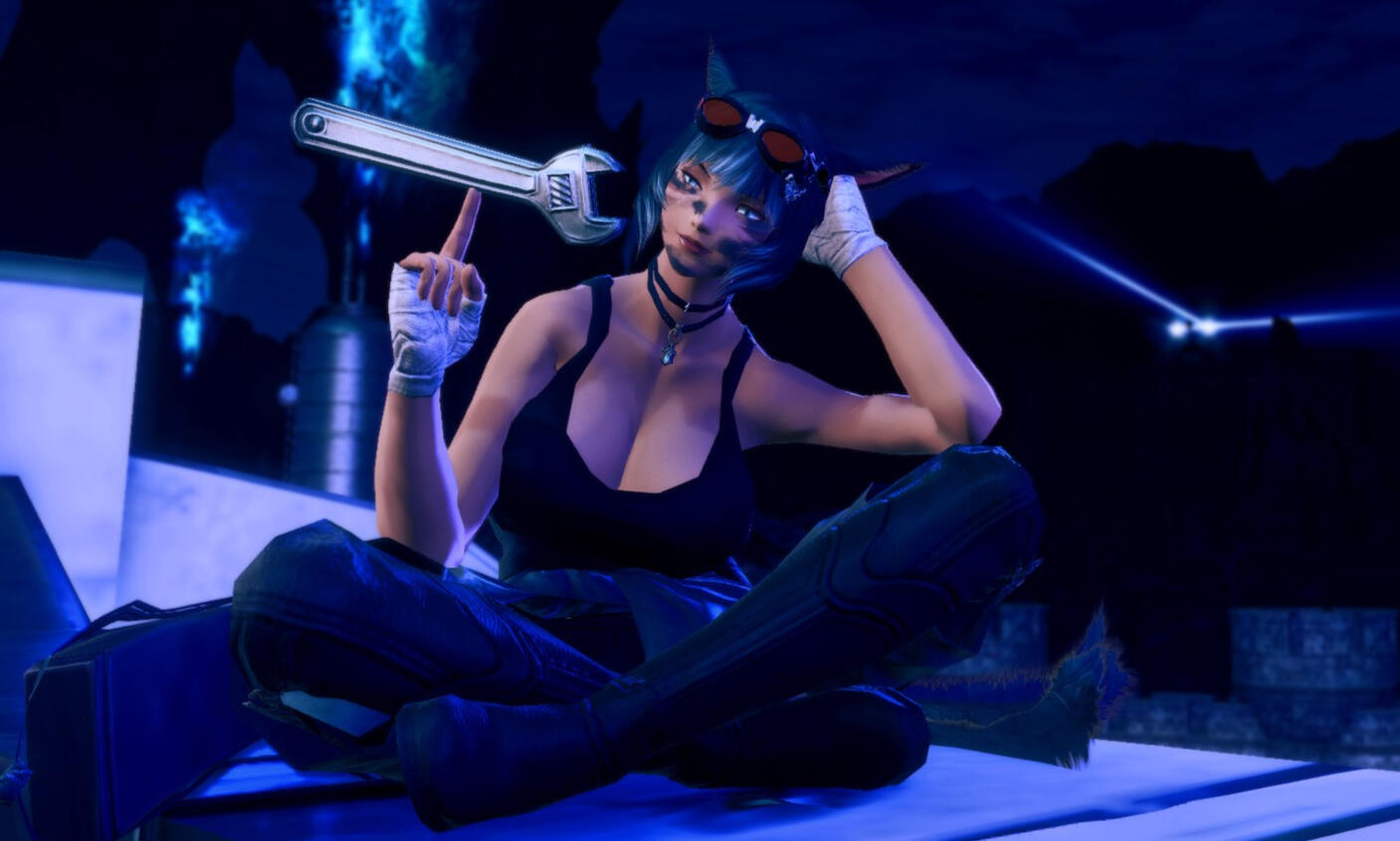 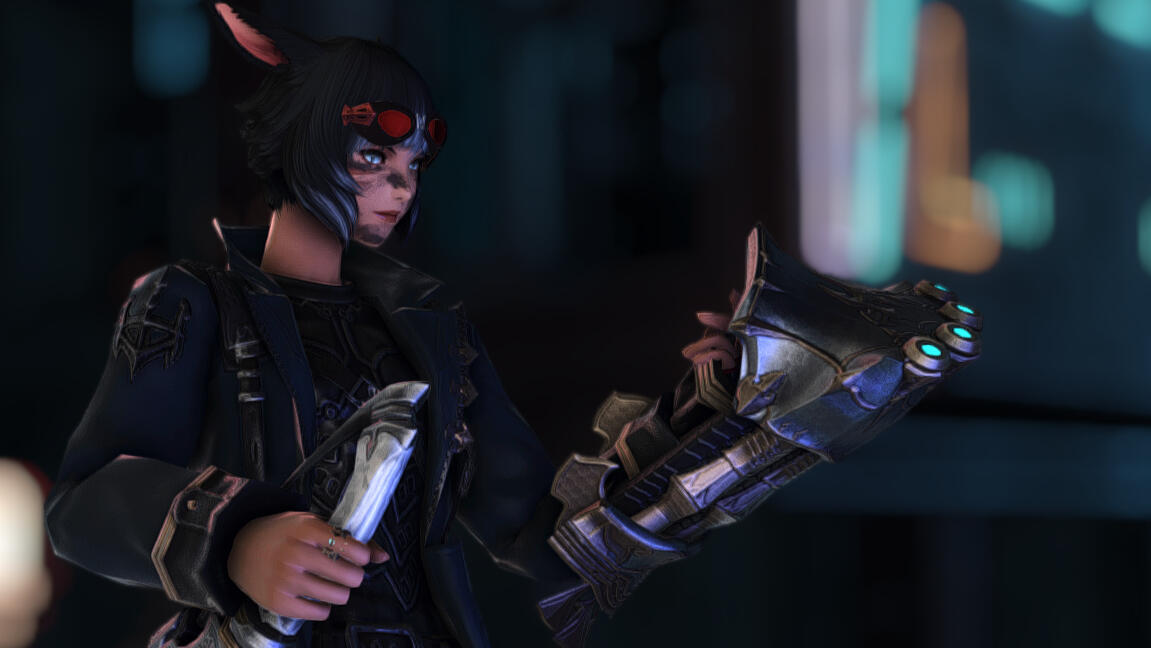 As a mechanic, R'das' standard loadout consists of all manner of gadgets and gizmos of her own design. Taking inspiration from battlefield technology the world over, R'das brings equal parts offense and defense wherever she goes.

As far as weaponry, she carries at least one firearm on her person at all times. Of the many she maintains, her favourite is a darksteel revolver with an intergrated Gauss Barrel.
More recently, after lending assistance on the Bozjan Front, she has developed an affinity for gunblades, and has produced several of her own design.

For defense, she carries all manner of deployable barrier generators designed for rapid activation, as well as more specialised technologies such as aetherial dampening field generators.

Work-Related
R'das is an accomplished mechanic known for her expertise in Garlean and Allagan Technology, other engineers in the field might have heard of her workDespite being competent in her trade, she is always looking for fellow craftsmen to trade techniques, materials, or inspiration with.Many of R'das' creations have been designed with the intention of commissions. If your character is looking to stock up on magitek defenses, or maybe a bandolier of grenados, R'das is your girl.Equally, a good deal of her designs have been stolen. Perhaps your counterfeit equipment failed and she's about to get a piece of your mind.When not tinkering away, R'das can be found adventuring on occasion. Need a marksman or a magitek-inclined frontliner? Today's your lucky day.
History-Related
Before the fall of Dalamud, R'das was a crewmember on an airship known as the Iron Crow. While the ship no longer flies, the majority of her crew still survive.R'das hails from a Miqo'te tribe in the foothills of Abalathia's Spine in Gyr Abania. She left the tribe quite young and never returned nor sought after them following the Calamity.
Location-Related
R'das' business is based out of Thanalan, and she occasionally runs errands in and around the surrounding regions, especially Black Brush Station and Northern Thanalan's Ceruleum Processing Plant.While no longer a boozehound of apocalyptic magnitude, R'das still enjoys a drink and can be found in many taverns - the Coffin & Coffer being her favourite.Quite often spotted around the Alchemist's Guild in Ul'dah, commissioning all manner of things from chemical solvents to curatives and other battlefield tinctures.

Not too sure what to put here so I'll just rapid fire a few things: